on November 14, 2011
My son will be turning 3 very soon and I am happy to say he is officially potty trained.  It took a lot of patience, understanding and creativity.  These are the steps we took to successfully potty train my son.

1.      We introduced the potty early to get him comfortable with it (around 14 months).  Before bath time we would let him inspect his potty, sit on it and we talked about what happens on the potty. We noticed him peeing in the bathtub during bath time.  So when he would pee in the bathtub we would make a “big” deal about going pee-pee and talked about how we need to put our pee-pee in the potty. This turned into him sitting on the potty to go pee every time before we took a bath.

2.      Rewards: At first we rewarded him when he went pee on the potty with stickers. We had chart on the wall next to his potty and he got to put the sticker anywhere on the chart.  He was excited about his, but the stickers didn’t last long.
3.      When he turned 2 we started talking about using the potty at other times during the day.  Luckily, his daycare had 5 set times during the day they would bring the kids on the potty.  He eventually got the hang of going (after seeing the other kids go).  We also noticed that he was no longer into the stickers, but really liked putting things into his pant pockets.  So I switched his reward to quarters.  He got really excited about this.
4.      Every time he used the potty his new reward was a quarter. He would use the potty, wash his hands and then we would go put the quarter into his piggy bank.
5.      Now this all worked for pee but not for going number 2.  That was much harder.  He was very scared to go poo on the potty. What we did was rent a movie from the library called “Once a Upon a Potty”.  There is a little boy in the movie that goes poo on the potty.  When we watched the movie together I talked about how proud I was of the little boy for going potty and praised the boy on the video (just like I did when my son peed) and all of a sudden my son wanted to be just like the boy in the video.  My son looked at me and said; “be proud of me too”, and then he walked over to the bathroom and went poo!  It was amazing.
6.      After he starting going poo for about a week we switched him to Big Boy Underwear. He was so excited to pick out his Toy Story underwear and wear them that it really helped with his training.  That was a couple months ago and we have only had 3-4 minor accidents.
7.      Now he tells us every time he has to go potty and he loves going through all the steps all by himself. He turns the light on, puts the toilet seat up (he stands to go pee), flushes the toilet, puts the seat and cover down, washes his hands (with my assistance) and turns of the light.
8.      He even wears his big boy underwear during nap time.  We just make sure he doesn’t drink too much before nap and keep his nap within 2 hours so he doesn’t have an accident.  He is still wearing his pull-ups at night but he is beginning to be less wet in the mornings.
What did you try when potty training or what tips do you have for other families starting to potty train? 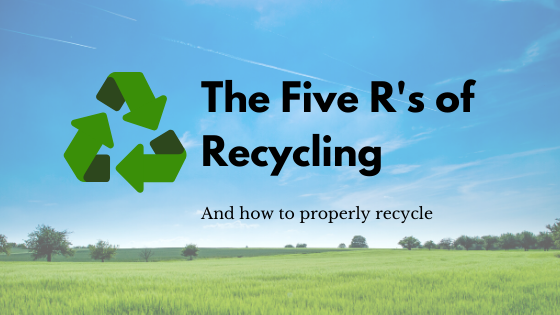 Recycling 101 - Get to Know the Facts

By now we have all heard or learned about the basics of recycling. But do you know which items can and cannot be recycled? Wondering what number plastics or color of glass can be recycled? Or what the fifth R is all about? Find answers to these questions and more below. 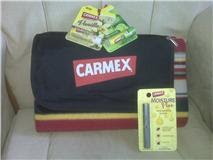 I love being a part of the blogger outreach program: Carmex Blog Squad.I just received a wonderful new Carmex Blog Squad Kit to review with some great new products.  After reading the review enter for your chance to Win these awesome new Carmex products. The Kit included: 1 Carmex Lime Twist click stick 1 Carmex Vanilla click stick 1 Picnic blanket 1 Carmex Moisture Plus satin gloss finish
The Lime Twist and Vanilla are two great new flavors.I absolutely love everything vanilla and was so excited to try this new product. The Vanilla smell was wonderful and it is ultra moisturizing.The new Vanilla click stick left my lips feeling smooth and protected and the scent had a smile on my face.
My sister is a huge Lime fan so I allowed her to try my new Lime Twist click stick.She said the scent was crisp and refreshing and left her lips feeling very smooth and healthy looking.
What I love most about these Carmex lip products is that they have built in sunscreen 15 SPF.Not only do my lips look smooth,… 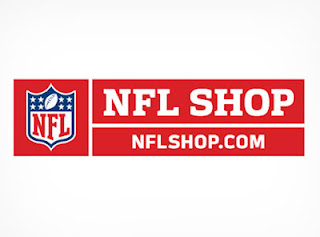 To help you celebrate the opening to FootBall Season Tips 4 Saving and Love Thrift are giving away one $50 gift card to NFL Shop.